It's spring break, which is the first break the kids have had since Christmas, so it was highly needed. We did not choose to go to Florida (like everyone else in Michigan does apperently), but instead went east towards Toronto. A somewhat longer drive but quite doable: 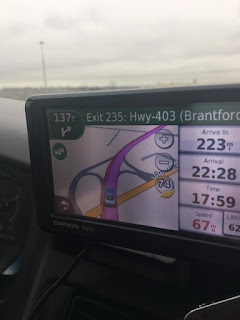 It was pouring down by the time we got there, but the weather forecast promised spring feeling for the rest of the weekend, and there was an awesome little townhouse waiting for us, right in the middle of downtown Toronto: 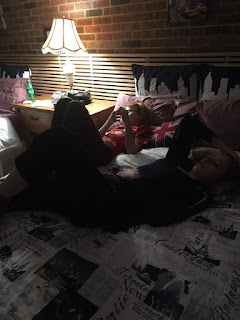 We did not sleep in Saturday morning even though certain teenagers might have preferred that! Instead we went to St Lawrence Market, which was BIG and crowded and almost too busy for a very hungry family desperate for breakfast and coffee. But then we found a bakery with endless versions of pastries that were both sweet and savory. Yum. Teresa and I both had super delicious parmesan/leek pastries and washed it down with an - ehm - VERY healthy tasting kale smoothie...... 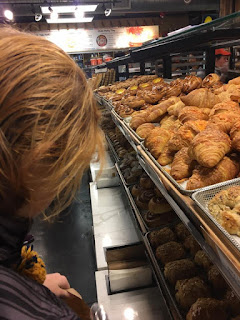 Next stop was to get down to the water front, just because! When you grow up in Denmark with ocean all around, waterfronts make you feel right at home. We did not bring Bailey with us, but we wished we had, when we found a pet community center, with a puppy indoor playground, dogtreat vending machines and so many other dogs. We did have fun with the giant cat outside though: 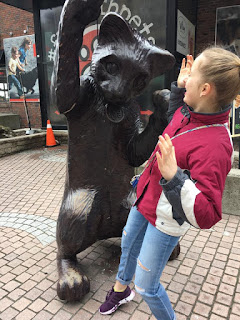 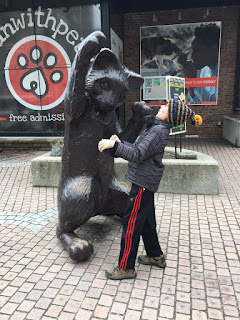 And speaking of giant - here's a picnic table that brought us right back to feeling like a toddler: 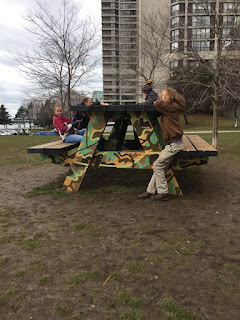 Unfortunately our stomachs were not giant enough to eat "beaver tails" (also known as elephant ears everywhere else, unless in Canada - eh!): 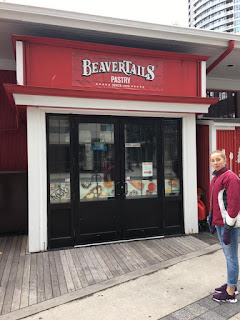 And then we walked, and walked, and walked some more. Entering little fun shops along the way. And finally we found a place that had what we longed for the most: kinder eggs. Oh, how we missed those little chocolaty surprises: 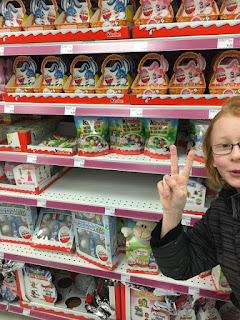 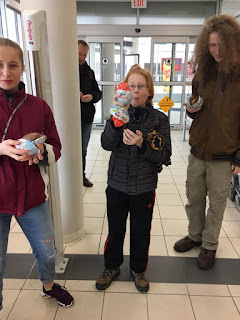 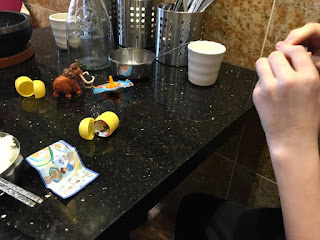 Why oh why, are they illegal in the US?

We had originally intended to go the Royal Ontario Museum, but then we passed the art museum, and gave that a try instead. It had the coolest stairwell inside: 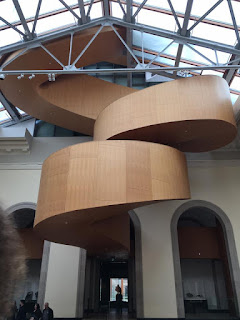 and a rather creepy hollowed out imprint of a person:


The museum was right next to Chinatown. But we were not adventurous enough to try the very authentic Chinese cuisine, and settled for Korean instead: 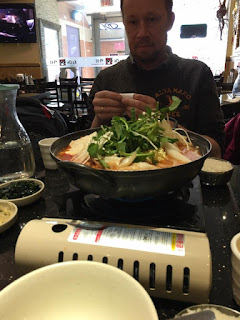