On our second day in Toronto we had learned from our mistake Saturday, and planned for a trip to the movies in the afternoon to rest our sore feet and maybe by doing so avoiding never getting back out in the city at night. Also we had a bit better idea of what to do. 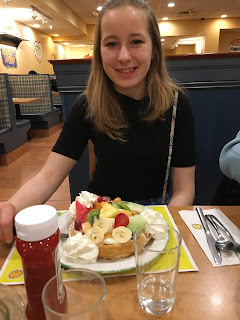 Next stop was the botanical garden quite close to our house. At first glance the conservatory looked a bit average, but it was really nice inside. As always I enjoyed the succulent/cactus part of the green houses. I just love these plants and it would be a dream come true for me to get a garden full of succulents in California. We even spotted a plant we had never seen before: 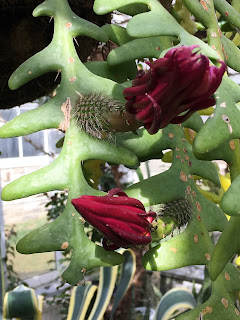 There was also a somewhat crowded turtle pond. They were like a super slow version of the sea-lions at San Francisco, climbing on top of each other and trying to knock the other turtles off the shelf. I made a time-lapse movie as it was literally super slow, but the time-lapse brings out the fight quite well. Watch it here
And then we walked and walked and walked to get down the Sunday antique market. It was rather crowded and one of those places where I could not help but feel that I would get cheated no matter what I found. I ended up buying a few old adds to hang framed in our kitchen for 5 bucks each.

As we left I promised the kids that we would get bubble tea as soon as we walked past a store selling it. And of course those stores vanished the minute I said that. We didn’t find a single one, but got a nice walk out to the distillery district which was full of galleries and small stores. Teresa found herself a pair of burgundy suede boots, that she could not live without. Her feet did not agree on this, and less than a mile later we had to make a stop so she could switch back to her comfy sneaks. 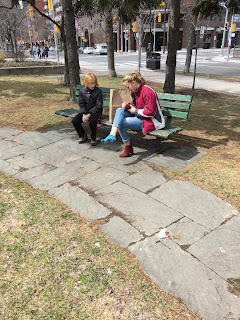 On the way back to take break before the movies we finally found a bubble tea store: 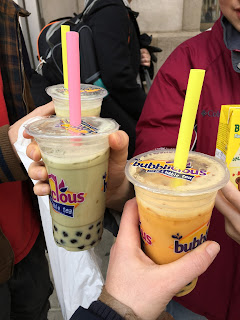 And got to rest our tired feet at the movies. Luca really really really wanted to see Boss Baby, so Kristian, Teresa and him went for that, whereas Ulrik and I chose Ghost In The Shell. I never thought I would get to watch a Scarlett Johanson movie with my oldest son, but life surprises you sometimes.

For the evening we had planned a Toronto must-do: a trip to the CN tower.

You can see the CN tower from almost any point in Toronto, and here we are getting closer 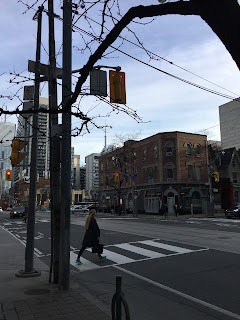 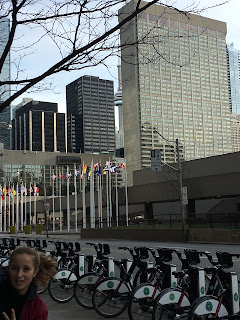 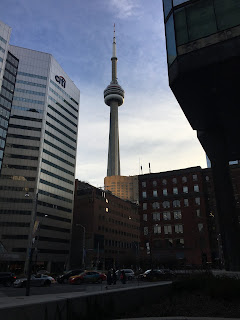 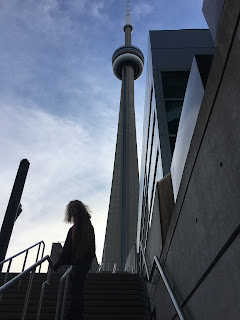 And finally we were there: 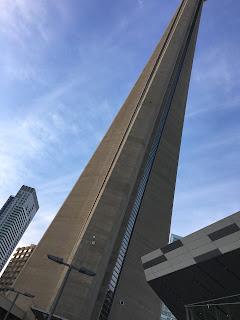 It turned out that Sunday night was perfect timing. We literally did no have to wait in line at any point in time and got on the elevator right away – just in time for sunset (and another time-lapse movie).

Teresa loved the glassfloor, whereas Luca was somewhat more skeptical of that construction: 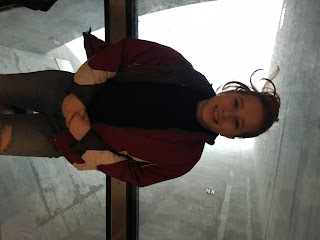 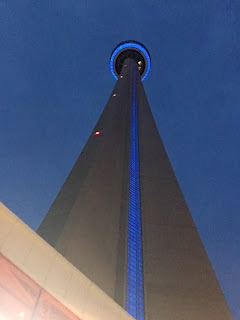 and walked and walked walked back to our house, with a dinner-stop at the nearest supermarket. Both teenagers chose a very healthy dinner: 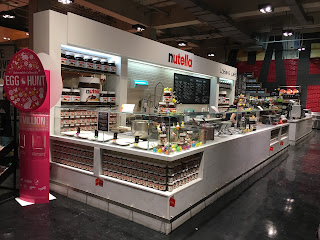 But hey – how often do you meet a Nutella-on-everything place?

Overall we really enjoyed our short trip to Toronto. It is a BIG city with a somewhat more sophisticated vibe than in the US (or maybe we have just been living in Michigan for too long…….). It was super clean, the cars stopped when you tried to cross the street!!!!!!!! And there were just SO many well-dressed Asians. Not to mention all the cheap restaurants. Every two blocks we found places we would love to eat if only our stomachs and wallets had been slightly bigger. In my opinion Toronto measures up to NYC very well, and I would love to be back for more.
Indsendt af Henriette kl. 12.24