A Sunday in Philly

Today has been a good day! Yep. I actually had a good day today which was highly needed. To be honest I was kind of tired this morning and it sort of crossed my mind that maybe I should just skip having any plans. On the other hand I also know myself well enough to know that I might go good old fashioned crazy from staying in all day with nothing to do, so I made some coffee and got going. This time I was much better prepared for the train ride as I had make sure to buy a packet of 10 tickets the day before and it went just fine. But there was a lot of squabbling middle aged women on the train, which I suspect has to do with the current annual flower show. They went in one direction when we arrived at Jefferson Station, and I went in the other and took a route that got my through the old town with all the history. Here's a statue representing the signing of the declaration of independence. Which of course they would have lifted up to the sky like that as the dab was not invented yet, right? 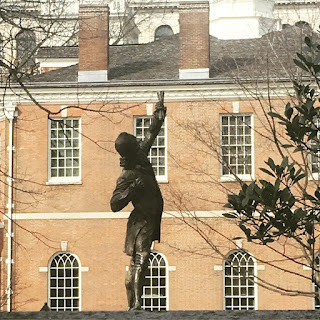 There was old cobble stone: 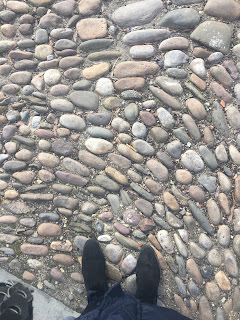 And as I kept on walking (in the sunshine) I eventually made it out to Penns landing: 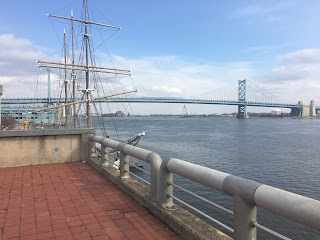 There's a bridge to New Jersey, more statues, and that stupid American tradition of placing a multi-lane highway right next to the water....... I always ask myself why they did that in the past.


I didn't feel like doing anymore cultural stuff so I did what is known as an instant mood changer for most of the female population in the US: a trip to Target of course! I had a few things I needed such as nails to hang my pictures from the walls, a new face-lotion, some vitamin D, a pair of scissors etc. Those kinds of things were Target just has it all. And when my growling stomach could no longer be ignored I regained a little piece of that soul, that seems to leave me as soon as I step into my apartment, by getting some ramen noodles: 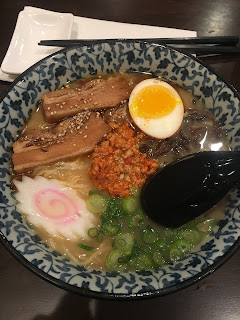 It was a decent bowl, and I highly enjoyed it, but it didn't come close to that one place in NYC last spring though.


I kept wandering around a bit longer and I must say that I highly enjoy the murals, that are all over the city. Here is one depicting the Philadelphia muses (whoever they were - I have not checked up on it): 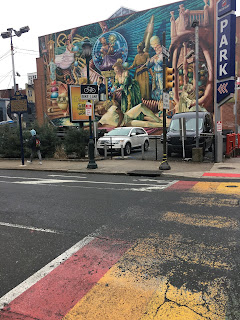 I didn't stay long though, and managed to make it back to Jefferson station just in time for the 3:26 train (full of squabbling middle aged women + all the stuff, they had purchased at the flower show.......). It was snowing quite a bit when I got back, but I still ventured out to Aldi, where I had the hardest time deciding what to buy. Usually I just fill the cart with whatever my big family consumes in a week, but when it is just me, it is much harder. I did get some stuff though although it kind of felt pathetic to look into the cart 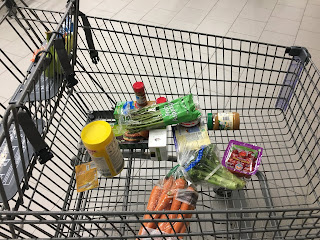