Merry Christmas from beautiful San Rafael which is the 7’th different place we have had Christmas in the past 7 years! I guess we have officially completely screwed up on passing traditions on to our kids, but at least they won’t be the ones crying into their dinner because the gravy is all wrong the first time they get to celebrate Christmas without their parents…….

Friday we had planned to go hiking with Pat and Lois, but it was raining all day, and they ended up coming to San Rafael to visit us. Even though we only knew them for a short time (since we only lived here for a short time) it feels so good to have friendships that go back in time. As they were here for early lunch and as it was still raining we decided to go to Japantown. The number one on our list of places to go in San Francisco. Here we are driving across Golden Gate Bridge to get there (yes, it’s official – I am a time lapse addict):

Not everybody thinks Japantown is special but we just LOVE it! It is after all “just” a bunch of Japanese stores and restaurants. First stop was Daiso, where Luca took the longest time to pick out something for Emilia, that we will visit tomorrow (Emilia was his BFF in kindergarten). 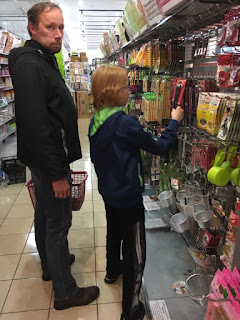 Then we went to the bookstore that has a large manga selection down stairs. Ulrik immediately went down there while the rest of us giggled over all the silly things for sale upstairs. Sushi cats anyone? 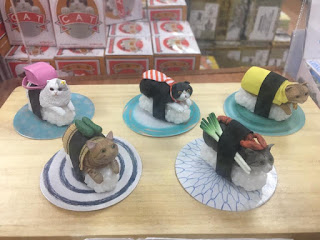 Our one disappointment though, was that our favorite restaurant had moved. And we didn’t notice until we took a seat in the room, where it used to be, and then the menus looked all wrong.  We were so disappointed that we ended up leaving. Maybe not a very polite gesture, but we all had dreamed about that one dish we all like the best (for myself that would be gyoza nabe) and none of these were on the menu :-(
Instead we had “dragon breath” – cereal balls cooled in liquid nitrogen. When you eat them smoke comes out of your nose and mouth.

Saturday (the 24’th) we went to Muir Woods to hang out with the redwood trees. It was super crowded, but as always when you visit crowded parks in the US, you just step off the main path for a little bit, and then you won’t really meet many other people. Those trees are stunning. In Muir woods they don’t have the drive a car through the tree” size redwoods, but they still are hundreds if not thousands of years old, and it is just quiet and serene in there. 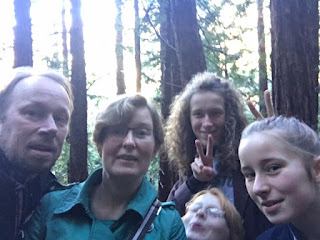 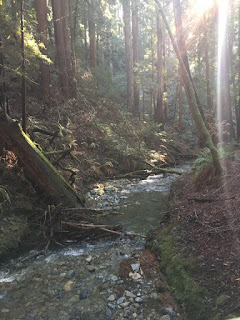 And then we hurried home to make it to dinner shopping in Trader Joes before going to our old Church in Berkeley for their Christmas service. Jon was there already and made sure we were seated with him. He has truly adopted us into his life as family, and we all love being with him. In First Pres in Berkeley a Christmas tradition is to have a pageant where everybody can come dressed up and then join the stage as the nativity story unfolds. This year I just loved the 3 sulky looking teens in matching llama shirts joining the stage as animals…….. 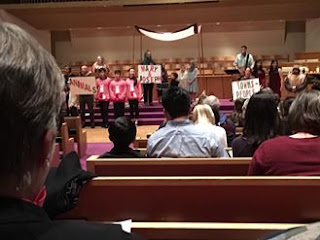 It got late before we headed back over the bridge, and the thought of not eating dinner until 9 was not appealing. Instead we decided to just skip dinner and go straight for dessert (ris a la mande) and sweets and board games, which turned out to work just fine. We did not bring any presents as we opened them before we left, but we still had a good time, and went to bed feeling both full and grateful.