Despite Kristian and I both having work to do this weekend, we had planned a little outing Saturday just to get away for a bit. Eastern Market is one of our Detroit favorites and also our 2016 summer bucket list included a visit to the island in the middle of the Detroit River: Belle Isle.

So off we went.


As always Eastern Market was a pleasure, and this time we even found the apples we have been hunting for since we tried them last year. I have never seen pinata apples before, nor have I ever heard of them, but they are the best apples we have ever tried: 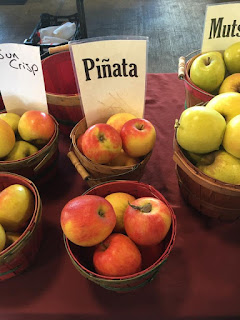 We stayed for lunch at the food trucks. Luca had french fries (what else..... sigh) and Kristian and I got our lunch from a pasta/italian sandwich truck. The weather was perfect with blue sky, sunshine, and almost warm enough to wear only T-shirt. Nice! 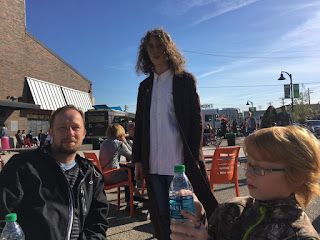 After shopping fruits and veggies for next week, and after telling Luca that we were not going to buy the monstrous Hubbard squash for his teacher Mrs Hubbard: 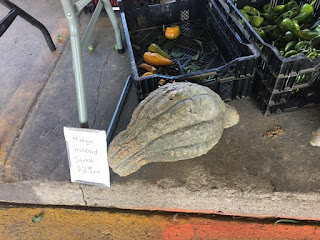 we continued to Belle Isle. It is an island turned into a park in the middle of Detroit River, smack in between Windsor and Detroit (see map here). The first thing you see after crossing the bridge is a giant US flag. I guess they want to make sure that people know they  have not accidentally crossed the order to Canada..... LOL.

It was truly living up to it's name of being a beautiful island on a beautiful sunny day. 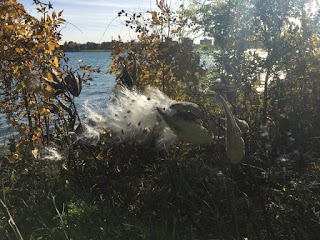 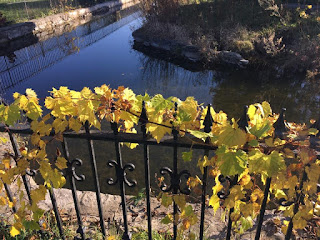 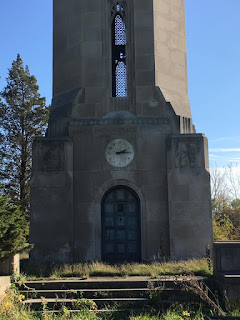 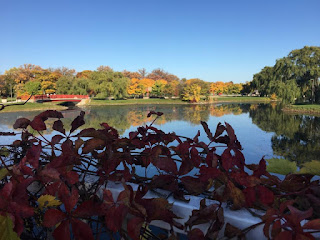 Luca was however somewhat disappointed as he spotted a playground he really wanted to test. Well, the rain had caused it to sit in a pond........ 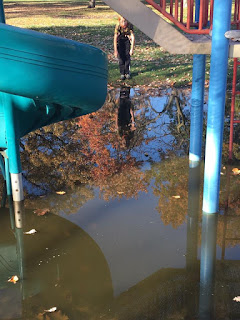 No matter what is was unexpectedly nice outside today, and it felt really good to be outdoors. I wonder how long that will last!