We are back from a couple of amazing and exhausting days in Orlando. The plan was Disney World and not really much more - primarily based on my total ignorance of what would be possible in the land of sunshine, palm trees, and theme parks. Lucky for me, my sister was a pro!

Luca and I flew down Sunday afternoon to Orlando, where Christine was waiting in the airport. It took a little effort to find eachother as our phones kept messing it up. And the shuttle to the hotel was kind of messed up too resulting in a free cab ride. Not bad.

Monday was Magic Kingdom day. I have never even been close to any Disney park, so I didn't really know what to expect. Well two things were certain. The magic doesn't start until you are inside (after a crowded bus ride and a bag search), and as long as you leave your account information and your pride by the entrance it will be nothing short of amazing!

First stop: get crazy Disney headgear for all!

And then it was time to take it all in. Luca does not like roller coasters! At all! But he sure does like spending money and he got himself an autograph book so he could get it signed from all the Disney characters he could find (except princesses though - he does have certain standards after all). 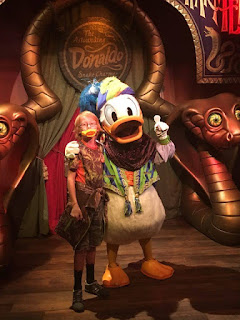 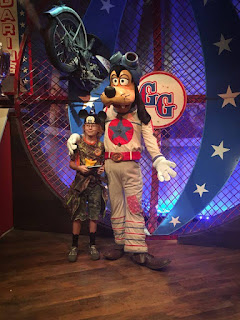 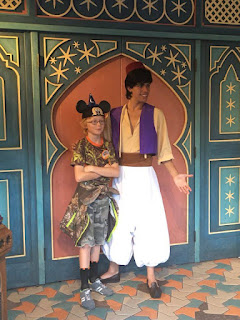 Oh, and regarding leaving your pride and account information at the entrance? Please leave any feminism out there as well. LOL 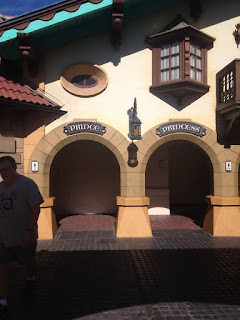 We had a blast trying rides. Fast pass entrance rocked and we got into "it's a small world" in a matter of minutes. We also tried "monsters inc laugh floor" where the camera seemed to pick out a certain redhead quite fast. Here's Luca on the big screen. 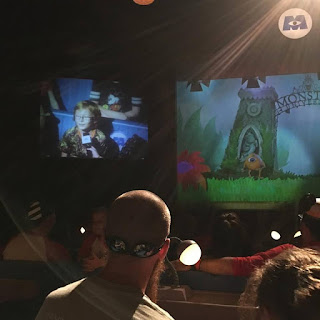 We did the Buzz Lightyear ride, and the jungle safari boats, where we heard enough lame jokes to last quite some time.

We also got a good view of the parade. It was SO impressive, and the look on Luca's face when he got high fives by Goofy was priceless. 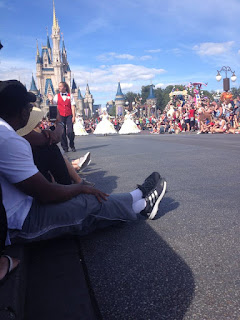 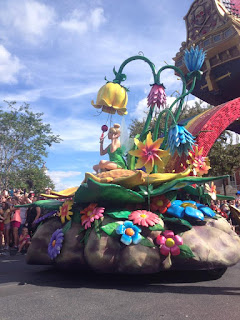 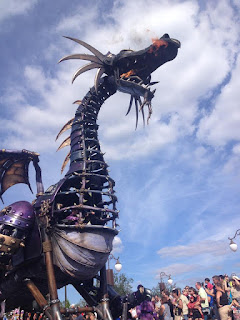 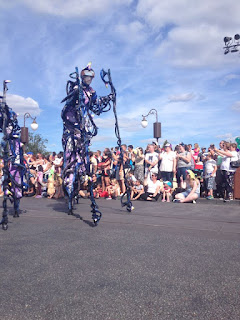 Our plan was to stay until the fireworks, but all the restaurants were booked and we were incredibly exhausted, so our magic evening was spent in a hotel bed watching "chopped" on the food  network and eating room service dinner, before Luca passed out moments after exclaiming that he had just had the best day in his entire life!

I did not really have any idea of how to spend Tuesday. But again, who would ask an ignorant like me anyways? Honestly I didn't even consider that universal studios were also in Orlando. But now I know! 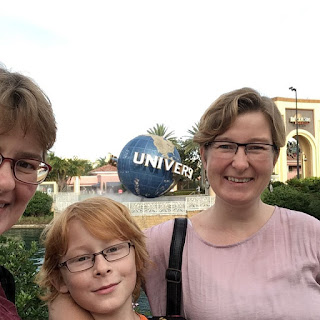 It was less crowded than the magic kingdom the previous day and we got to walk through all of universal studios including every motion simulator ride we could find (do not  underestimate Krusty land - just sayin'. It looked like they were pretty busy cleaning up some puke before we were let in!). It was wild but Luca absolutely loved it. We also took the Hogwarts express to Fantasy Island, and made it all around the park including Jurassic park (I did not allow him any gene sequencing fun in there though - I have plenty of that at work!), cartoon land, Marvel land, Dr Seuss land etc etc. 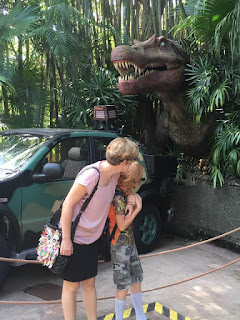 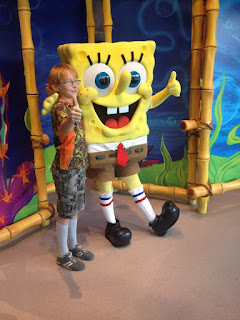 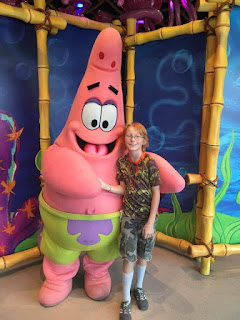 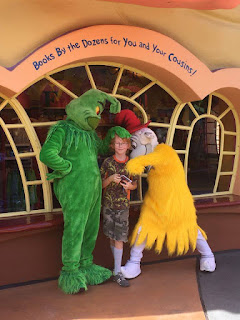 Christine insisted that we made it to the animal show, where they had dogs (including Marley from "Marley and me" and Frank from "Men in black"), cats, pigs, birds, chicken and a single skunk. It was mind blowing what they could teach these animals. A certain cute redhead was chosen to join on the stage for doing a dog stunt and a bird stunt. When the bird stunt included a turkey vulture at the end, it was time to leave the stage though ;-)

Luca and the dove

We had dinner outside the park at "cowfish" where we all enjoyed bento boxes and a marvelous sunset outdoors. And once again none of us had trouble falling asleep......

Now we are on our way home. Luca is wearing his brand new Pokemon sweater, and I am not too excited about the jealous faces I will have to encounter at home. The rest of the family was cool with Luca and I visiting Disney world, but they feel pretty back-stabbed that we also went to universal studios without them, which is totally understandable. They would all have loved it there. Hopefully there will be a next time sometime, right Christine?
Indsendt af Henriette kl. 08.33