We have put another year behind us here in the US. And even though every day life seems to suck up much of our waking hours, there is still many many extraordinary things to look back at. So here we go:

January:
As always January was cold - even more than usual with an intense cold spell, that had a Canadian zoo bring the penguins inside because it was too cold for them. And for the first time we got to see eye-cicles under poor baileys eyes, when we took him out for a walk. It was also my first time at the Detroit auto show - and well....... bringing me there probably belongs in the category of throwing pearls for swine. But the rest of the family liked it! 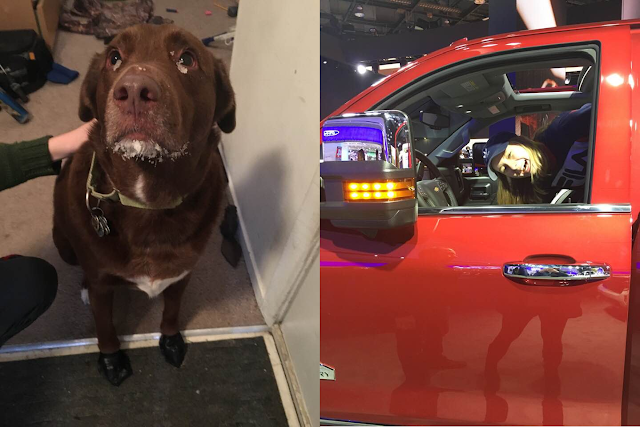 February
This time of year is the absolute prime time of synchronized swimming. And with Teresa swimming on a competitive team, it was quite intense. There were meets, and more meets, and parents being involved like crazy with making the swimsuits. And there were college applications for Ulrik. So overall it was probably not a bad thing that we could only stay inside.

March
This early spring was all about traveling. Kristian and Ulrik got to go on their long awaited trip to Tokyo while Luca, Teresa and I ate our way through NYC in the company of my sister. And with the anticipation of both trips as well as how much we all enjoyed ourselves, the rest of March somehow just faded in comparison

April
In April we learned that Luca was quite a talented volley ball player and we got to spend the very first day of spring inside stinky gym in a middle school to watch his volley tournament. We also got busy with Ulrik being accepted into colleges left and right, but it didn't take us long to settle on University of Michigan, where we got to - ehm - enjoy their VERY persuasive take on making sure that the kids that were accepted would also chose this school eventually. And just when we thought spring was inevitable nature laughed in our faces and covered the state (and all the pretty little new flowers) in a thick layer of ice.

May
This month was about 4 wheels! The 4 wheels you get to drive when you pass your drivers test (as Ulrik finally did) and the 4 wheels belonging on loud, obnoxious, gasoline stinking ATVs, that inhabit the otherwise beautiful lake shore by silver lake, where we had the most surreal camp trip of our lives

June
And along came the end of the school year. Where Ulrik graduated high school and we got to see the long awaited and rehearsed graduation ceremony, where e.v.e.r.y. s.i.n.g.l.e kid had to walk across the stage and receive their diploma. And with a class size of I-don't-know-how-many-hundreds-of-kids it was a long evening. But here he was. Our Ulrik. Graduating with honors. 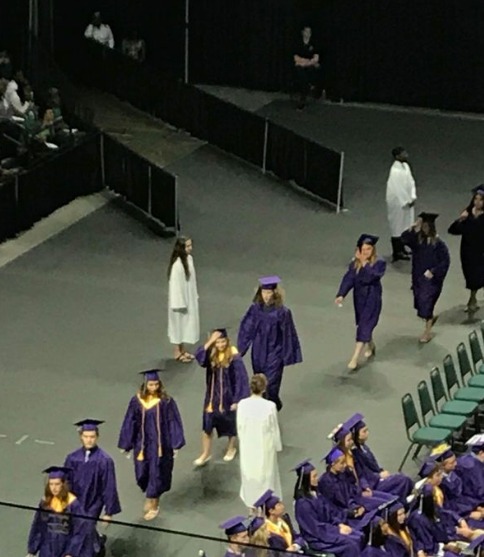 July
We spent summer this year with visitors. Both my sister, and Teresa's friend Sarah, who we picked up in O'Hare after waiting for hours! (or at least it felt like hours........). They both celebrated 4th of July with is on a blistering hot summer day, where even the dog went into the water with us. And in between work and summer camps and synchronized swimming (but no camping trips this year) the girls and I also fit in a few days in Chicago with visits to the bean and Chinatown, before Sarah went back home to Denmark.Oh - I almost forgot - we also finally made it inside the Big House for movie night and re-watched Black Panther on the maize and blue turf

August
The end of summer was a big experience for Luca who got to spend 10 days with 3000 other kids in the middle of the woods by lake Michigan. The so called Blue Lake music camp where he significantly improved his flute playing skills and also experienced the joys of the local insect life with arms covered in bites and stings! I got to spend a few days in Milwaukee with a former colleague, who needed help to set up some surgeries. But we did have time to visit the Wisconsin State Fair. And there is only one way to describe that: Cheese of course! (and cows, and Trump supporters, and bacon). And just as August was about to end, Teresa passed her drivers test in the very first try. And honestly - our life has changed tremendously for the better ever since she has been capable of getting herself around town to do sports or meet up with friends.

September
Start of school. And start of college = firstborn child leaving the nest! But we did see him later that month as September also included a trip to Orlando with my sister, where we got to visit not only Disney World but also Universal Studios. It was AWESOME!!!!!!! And by far one of the biggest highlights of the year. I have included the best picture of them all - Donald trying to smooch a completely unprepared Teresa:

October
As the trip in September was the highlight for the entire family, I have to admit, that my own personal 2018 highlight was my trip to Korea. I went there to give a talk at a conference (which made me feel like a rock star due to the massive interest in the topic) but I also made sure to spend time enjoying beautiful Seoul. But the biggest experience was visiting the DMZ by the North Korean border - one of the top 3 travel experiences of my life. And I have already persuaded Teresa to go back to Korea with me in 2020.

November
November was....... well November. The month that truly brings an end to the nice version of Fall, but where we got to spend Thanksgiving with good friends and were truly thankful for everything this year had brought us

And last but not last December

Where we are currently enjoying the subtle art of doing absolutely nothing for Christmas break but sleeping, eating, watching movies, and going for walks outside. And I have to admit that never in my life have I spent that much time wearing pajamas. But I think I could get used to it