I have just started a new decade in life - the 40's.......... Which is actually not that bad. Especially not when my sister came to visit, and Kristian could go buy presents right after getting his yearly bonus and I got to throw a cocktail party.

Teresa and Kristian were busy in the kitchen all day Saturday to make Danish birthday cake and floedeboller: 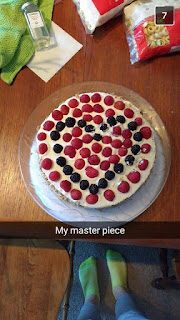 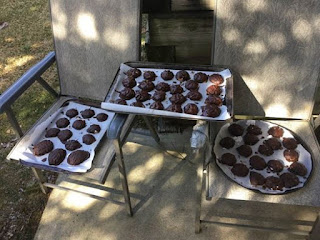 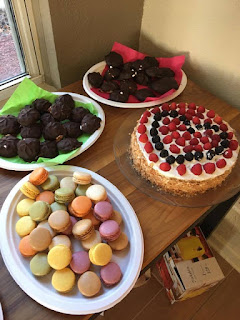 Christine and Luca and I were busy at Meier where I have never purchased that many bottles of alcohol and helium balloons in one shopping trip before. As there was going to be quite a few kids at the party we mixed mocktails in pitchers and then had the booze on the side, so everybody could taste everything, which turned out to work very well. The best drink of the night was definitely the pineapple ginger sparkler (recipe here) with pineapple vodka added to it. Yum. And of course we also emptied Trader Joes for bitesize snacks to just stick in the oven.

It was a great party. My intention was to invite all my colleagues, but we could not get a room that was big enough, so it ended up being all the post docs + our friends. I even made a playlist, which kept Teresa busy all night as I had "pop it like its hot" with Snoop Dogg on it - in the unclean version!!!!! "Mom, when you are a white 40 year old you canNOT play a song at your party that contains the n-word". Unfortunately, I could not delete it on the playlist, and Teresa rushed to the phone to skip that song whenever it came on.

And here I am - with a distraction baby, to handle the birthday song attention just a bit less awkwardly. 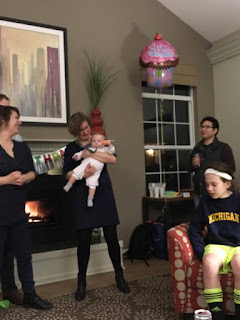 Bailey was sent for a dog sleep over with his friend Buddy. We suspect that he spent all night wandering around this new place, as he almost went in a coma as soon as he stepped in the door at home: 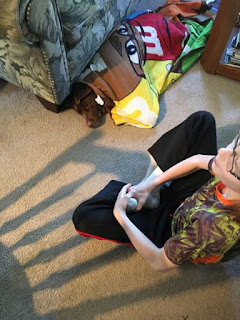 Sunday we had invited ourselves were invited to Belville to visit one of the surgeons at work, who has several llamas (and goats and sheep and dogs and horses). Llamas are VERY observant: 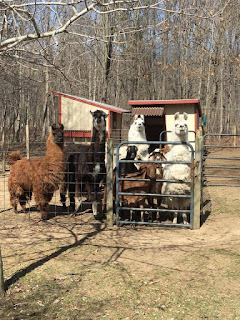 and some of them like dogs and want to come over and say hi: 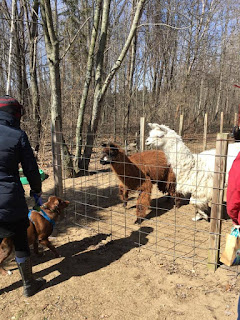 whereas others consider themselves the leader of the flock and does not allow anybody else to say hi to a dog: 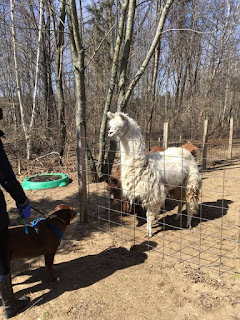 Don't mess with me! 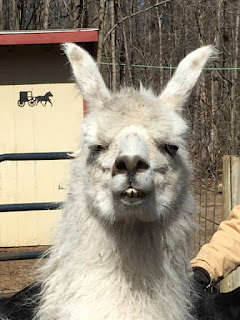 We even took them for a walk: 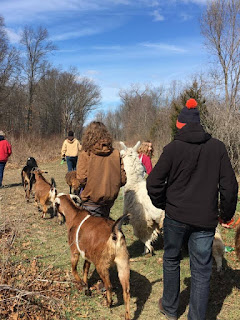 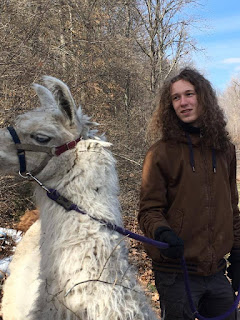 Luca was not interested in getting too close to these animals, so he spent time on the trampoline instead. Getting all static electric in the cold dry air: 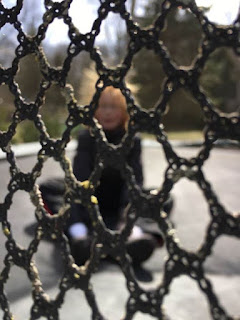 Unfortunately this awesome weekend ended way too soon. But today I have the day off so I can enjoy having my sister over too. Ulrik is not feeling well today. He has some kind of stomach bug so as my sister is knitting and he is painting figures for a board game, I get to sit here with my feet up and write. Yay.

Too bad that I had so many cups of coffee already, that I had to switch to sparkling water.......