We're almost half way through school summer break and despite Kristian and I both being quite busy at work the days do have a summer feel to them. Luca has been at a gazillion summer camp already, but so far the last one was the best. Blue turtle nature awareness and wilderness skills camp. He has worked with knives, bonfires, water filtering, knobbing, medicinal plants etc etc and now his biggest birthday wish is a life straw and storm matches. Our cool 10 year old has also spent a night in a tent all by himself (because he was the only boy on the camp staying overnight) - a tent which he set up all by himself too! The camp councilors were quite impresses and so were we.
Since we still only have one car Luca and I use bikes to go to and from camps. And sometimes (aka quite often) we take a break to eat some cake or icecream on the way. We have even come up with a hashtag just for that #savingmoneybyeatingcake.

Ulrik is on his way to North Carolina as I write. He is going to camp Lutheridge with our church and they will be white water rafting and volunteering at an animal shelter. He is doing good at macdonalds, but he certainly does not mind a break either.

Teresa is still going strong on her tour de Denmark and flew off to London today with my sister. They have Harry Potter world and a musical on their busy scheme and quite some shopping to do too ;-)

In 10 minutes I'll go and get my nails done and then we'll hang out at the Ann Arbor art fair in the afternoon - which is probably going to be hot with temperatures close to 100F/35C. 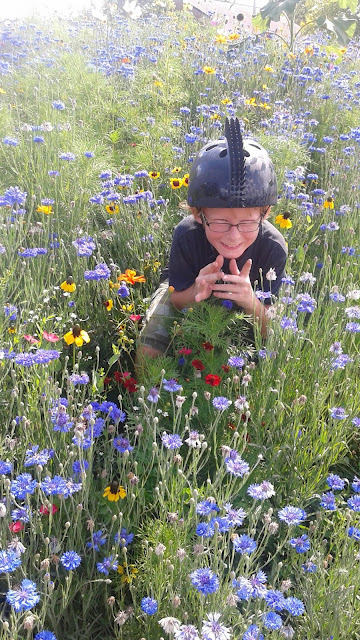 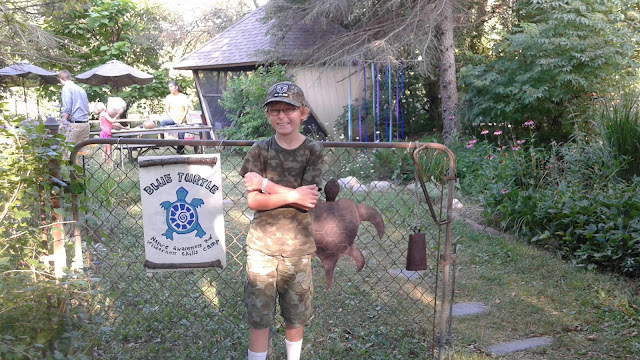 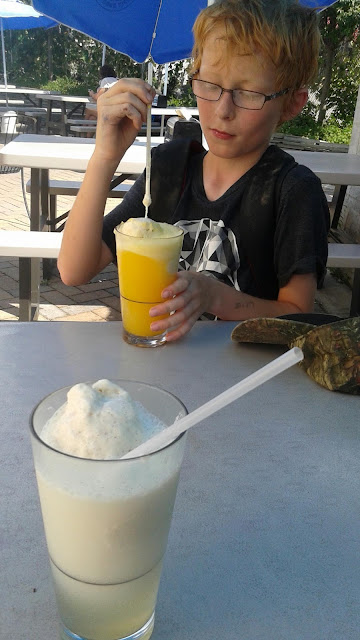