From Lukas Graham in Detroit to Gangnam style on the patio


Things have been hectic since I returned from California starting as early as the next night, where I Lukas Graham was playing in Detroit (Danish singer song writer taking the US charts with rocket speed). I didn’t know for sure if I (or Kristian…..) was too tired to go, but I defied the exhaustion and went with a few other Danish women, and it turned out to be one of my best music experiences (not that I have a whole lot under my belt, but still). He was playing at The Shelter, a relatively small concert place and as Jette and I drove by 1 ½ prior to the concert, there was already a loooong line. Turned out the concert was sold out within a few days and that the entire crowd knew ALL his songs by heart (except the Danish crowd – oops). We got a little disappointed that he did not want to come over and have his picture taken with us, but apparently he was ID’ed to buy a beer for his own show, and had to go get his passport. Even I would have been grumpy. We did get a picture from behind him though: 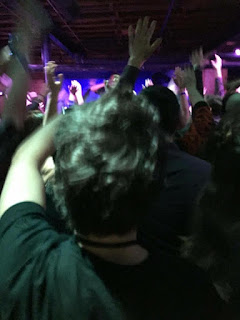 Otherwise it’s been some super busy days. We have Teresa’s confirmation coming up in a few weeks (aaaargh, aaaaaargh, aaaaargh) and as usual we are super well prepared……… or whatever. At least someone now has a dress, high heeled sandals, and a brand new hair cut plus we have decided what food to get. So far so good.

The haircut took place today on our patio. One of my Korean colleagues’ wife is a hair stylist and was hired in to work on the shooting of Gangnam Style. Teresa has been over the moon excited to have her come and cut her hair. It went really well and Teresa is now stuck in front of the mirror with a big goofy grin on her face. 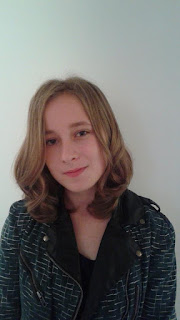 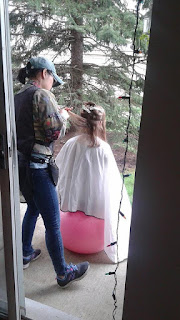